WHAT WE HEARD FROM PARENTS 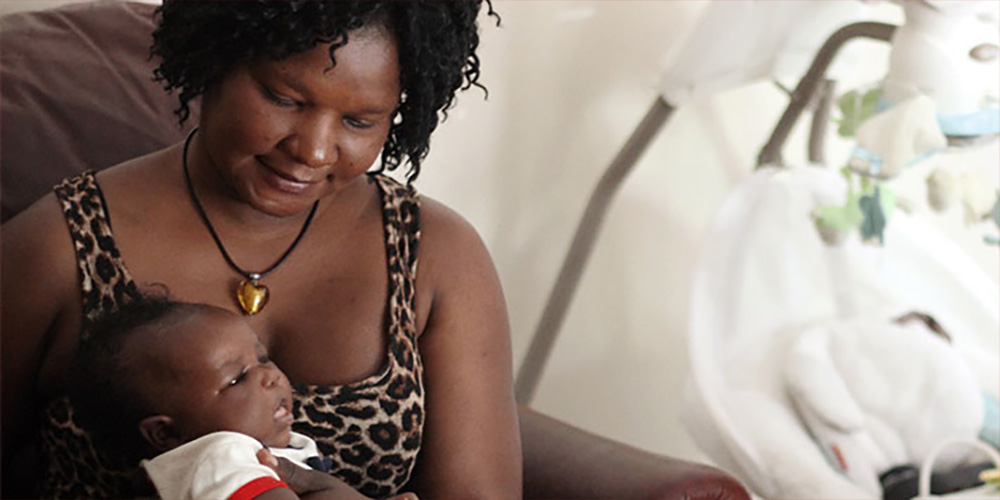 The ripple effect: Examining the impact on parents of an Abecedarian early child care intervention in an urban social housing development.

Several broad themes emerged from the analysis of the parent interviews:

Relationships were strengthened between staff and parents as well as between parents.

“My kids, like they’re comfortable there and they have their workers that they go running to like as soon as they get in there.”

“Putting them in that program is like a – it’s like a family. They feel comfortable, the minute we walk in the door.”

“They’re very welcoming and kind (even before she was on the board). My daughter always talks about them, so I know if she’s talking about them and feeling comfortable, that’s when I know I’m comfortable.”

"They take the time out to get to know you and your children at the same time. And that works out really good, because then it’s about trust, right? You got to build the trust."

“I’ve built a relationship over the last five years with the daycare staff and got to know them. My daycare staff, it’s almost like a friendship.”

“I was always trying to get across to the staff here how much I love them, I care for them. They’re like family. And I don’t think I understand how much them and this program means to me and our family…This program is so important. It’s a part of our day. It’s not just, I go drop my kids off. This is part of they’re teaching and their learning. The staff here, I consider them to be like family.”

A reduction of isolation was reported by some parents through involvement with the centre. Even though the parents lived close to one another in the housing development, some described that it was after the child care centre opened that they began to develop meaningful relationships with other parents in the community.

“She communicates so well. And understanding…as she grows her understanding grows so much… she reads so well, better than me. Which I'm so proud of - of her for that. And the vocabulary she has, sometimes I learn some things from her.”

It’s nice to see that they can play games together, make up games, they can problem solve and, and just help other kids understand more…and I, I really believe that daycare’s a big help with that; like the Abecedarian Program.”

“Like my 2 year old could show me shapes and like he knows colours and my two older boys didn't know that stuff, like when they were his age.”

“People talk to us about the difference that they see in the kids and how well spoken they are and how social they are and I love it. I love this program.”

“What I like best about Abecedarian is the children's vocabulary… If you sat my kids in a room with toys or books they're going to pick books. They love books, there's no doubt about that… They read to each other. My daughter, my 5 year old daughter [name] is, she'll sit down and she'll read to her brothers and her sister and it's just making up their own story even by looking at pictures and what's in the pictures and it's amazing.”

“When [the baby] came to live with us at three months old she would be sitting in her little high chair in her little chair on the floor and [the preschool boy] would bring his little books up and he’d read to her, or make like he’s reading to her—pointing out the pictures and talking about the picture rather than, he can’t read, so he’s talking about what he’s looking at.”

Family home visitors increased parent's understanding of the Abecedarian Approach and in particular, parent's understanding of the LearningGames and how to implement them in the home. Some parents commented that the Abecedarian techniques aligned with what they were already doing with their children. The home visitors were able to point out the many positive skills parents already possessed, and help them build on these skills, enhancing their confidence and prompting them to be more deliberate in their interactions with their children. As some parents became interested to learn more about the Abecedarian Approach, they suggested forming a parent group to be led by the home visitor. This provided further opportunities for parents to learn about the Abecedarian Approach, meet other parents, practice the strategies, and support one another as they learned new skills.

“The skills and the things they’ve learned through the Abecedarian program is amazing. They can tell me what they want what they need. Even when they’re angry, I let them, ok, you’re angry. I see that you’re angry. I think about the ABC [Abecedarian] program, what could I use, what do I need now. What do I need from the kids, and what do the kids need. I’m able to think faster now. The kdis need, I can talk to them, I can bring it out of them so they can talk to me. And let them be ok with their anger. “

“I have a really good relationship with staff and the home visitor. So, when I talk to the staff they let me know what kind of LearningGames they're doing with my children. As well they have offered like Abecedarian Program outside of daycare and it gives all the parents who attend in-depth information about Abecedarian and we practice games with each other as well so we can use those tools.”

In Manitoba, similar to other parts of Canada, the waiting list for child care spaces is long. As well, in Manitoba, in order to be eligible to apply for child care subsidies to reduce the cost of child care, parents have to either be attending school, employed (or up to 12 weeks is granted while looking for employment) or seeking care for a child with additional support needs. Many of the parents in Lord Selkirk Park were not eligible to apply for subsidy. However, as part of the Abecdedarian Evaluation Project, the Government of Manitoba waived the subsidy requirements creating a new opportunity to access hiqh quality child care for many parents. Having access to child care right in their community provided parents with opportunities to either pursue education and/or employment, or to work on personal challenges.

"It also helped me go back to school. I went back to school and did my grade 12 and now I got a job. I'm not in welfare. I'm independent woman at least, yeah. This is because of the daycare, yeah. The impact that the daycare has impact me. So now my children are proud of me. I go to work. I showed them that yeah, I can do it, never give up."

"I think just like having the extra help, and you know having daycare available even though, you know I'm not really doing anything right now, it still helps take the load off and you know my stress levels are really down, it helps me think more of the future."

In the next video, listen to three parents describe how they benefited from being able to access child care specifically, providing them the opportunity to go back to school.

Our study exploring the influence on parents of having a child(ren) enrolled in the Abecedarian Approach at LSPCCC found that positive relationships between parents and child care program staff were strengthened as well as relationships between parents in the community. Parents understanding of, and pride in, their child's development was enhanced and parents expressed interest in learning about and implementing Abecedarian strategies to further foster their children's development. Witnessing their child's developmental progress also motivated some parents to pursue education or find employment while access to child care allowed some parents to address personal challenges.

LSPCCC is in the heart of the Lord Selkirk Park community, and along with other support services and agencies, is an important component of a place-based approach to providing services and supports for families and helping to build community.